The Ethics of Stem Cells 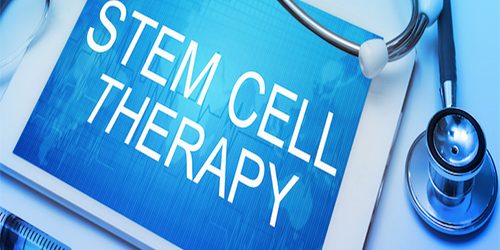 Figure 1.  Although there have not yet been any clinical trials to prove that stem cell treatments are effective – and to demonstrate that they are safe – there are many companies offering treatments for a wide array of diseases and conditions. Unlike clinical trials, which typically do not cost the patient money beyond their normal health costs, these therapies can be highly expensive. A sampling of currently available therapies is demonstrated above.  (Photo credit for spinal cord image: Wikimedia Commons; this image is in the public domain.)

Google the term “stem cells” and you’ll get thousands of hits. Between scientific pages dedicated to explaining what stems cells are and news articles chronicling the latest advances in research and medical treatments, there’s a great deal of information to process. It’s easy to get caught up in the promise and excitement of breakthrough discoveries, particularly where life-saving treatments may be concerned, but an important corollary to these research studies is easily lost in the deluge of websites: the ethics involved.

As recently as seven years ago, a search for stem cells likely would have turned up several pages centered on the ethical use of human embryonic stem cells.  However, the landmark discovery in 2006 that adult cells can be turned back into stem cells has dramatically shifted the debates surrounding stem cell use (1).  Current conversations are grappling with new, less inflammatory ethical issues – like the availability of costly, untested treatments – and these issues affect not only researchers but also the public at large.

Due to their promise for research and health treatments, stem cells have garnered scientific excitement for decades.  Most of the cells in an adult body are “differentiated,” which means that they are committed to being one kind of cell, such as a skin cell or a fat cell.  Stem cells, on the other hand, are a sort of “blank slate” capable of becoming any type of adult cell. In the 90s and early 2000s, stem cell research depended on the use of human embryonic stem cells, which required the destruction of a fertilized early embryo.  Naturally, the moral status of an embryo at and beyond fertilization is a hotly contested topic that draws on religious, scientific, and moral principles.

The balance between our duty to respect human life and our desire to develop life-saving cures created a difficult dilemma concerning the use of human embryonic stem cells (2). Interestingly, the majority of top hits about stem cell ethics continue to be pages addressed to this debate (3) – even though scientists now know how to create stem cells from adult cells, which makes it possible to bypass the use of human embryonic stem cells altogether. These websites fail to touch on the most salient question now faced by the public, policy makers, and scientists: where do we go from here in terms of the ethics of stem cell research and treatments?  After the human embryonic stem cell debate, which so vividly captured the public consciousness, the current conversation about stem cell ethics seems to be lacking the vitality seen only a few years ago.

Just because the conversations are less heated than they once were doesn’t mean that they aren’t happening, inside and outside the lab. The problem with potentially life-saving treatments is that it is hard to wait until those new treatments have been thoroughly tested, both for the patients searching for a miracle and, unfortunately, for those who would exploit them. For every patient desperate to find a cure, there are doctors willing to provide one – for a price (examples of diseases with available treatments are in Figure 1). The most recent news story to garner international attention dealt with the use of stem cell-based therapies by the Stamina Foundation in Italy, but examples of untested stem cell therapies are numerous and often much closer to home (4).

In Italy, Stamina offered treatments to patients suffering from Alzheimer’s, Parkinson’s disease, or muscle-wasting disorders (5). The issue with most currently offered stem cell therapies, including theirs, is that the treatments have never been rigorously tested – meaning there are no controls to make sure any treatment gains aren’t caused by a placebo effect and no follow-up to make sure positive outcomes are real and lasting.

Stamina Foundation, for example, has never published its specific method, such as the types of cells it implants and the proportions of those cells, and they do not follow up with patients after treatment. Despite this, they claim that they bring treatments to patients with no other viable options, and patients who believe they have benefited from Stamina’s treatments side with the company. These patients believe they have a right to make an informed decision about trying untested treatments that may not work; even if it costs a lot of money, the increase in quality of life is worth it to them.

As with many ethical debates, this one has no clear answer.  On the one hand, scientists and doctors have a duty to protect human life, which would usually mean they do not give untested and possibly harmful treatments to patients; on the other hand, they also have a duty to do everything in their power to better the quality of people’s lives.  For some doctors, including those at the Stamina Foundation, using cutting-edge but untested stem cell therapies is the only way to offer treatment, and hope, to people suffering from otherwise untreatable diseases.

Even though they are advancing untested therapies, advocates argue that these treatments are saving lives – and there is certainly merit in wanting to save lives now rather than wait the excruciating months and years it can take to have a new treatment approved. However, doctors are adjured to do no harm to their patients, and using an untested therapy could have unexpected negative impacts on patients’ health. Given the choice between certain death from a debilitating disease and an untested treatment that just might save them, or at least lessen their suffering, many patients are willing to try these treatments even though there may be risks.

Another major concern stems from the manner in which these treatments are being administered. A central part of ethical scientific research is sharing one’s methods and results with others. This openness allows other researchers to verify the validity of results by replicating them independently of the original study.  Many of these treatments, including Stamina’s, are based on unpublished methods and results, so fellow doctors have been unable to replicate the treatment regimens.

Despite claims of altruistic motivations in offering stem cell treatments, these therapies can be quite costly, and the desire to make a profit is likely a factor in some doctors’ and corporations’ offering of untested therapies. There is certainly an ethical dilemma involved in charging desperate people large sums of money for an unproven treatment.  As always, however, it is a difficult line to draw. A doctor overcharging patients for her own gain is clearly violating her ethical responsibilities, but if the treatment is legitimately that expensive, it may be defensible. It could also be argued that slightly overcharging allows the extra money to be used to fund further research, or to fund treatments for people who cannot themselves afford the full cost – both worthy ambitions, but perhaps not always appropriate when patients’ own life-savings are on the line.

Are there situations when it is ethically responsible to treat patients with untested therapies? Should doctors be allowed to treat patients with stem cells now, provided that patients make an informed decision regarding their own treatment? Or do doctors and scientists have a duty to wait to offer these treatments until they are based on solid scientific data? It’s a tricky debate that requires input from the public, scientists, and policy makers. In our own country, some states have decided to side with a patient’s right to make informed decisions regarding untested treatments (6); others may come down on the opposing side. Either way, these dialogues need to continue so that informed policies that protect patients and foster responsible, ethical research practices can be enacted.

Ilana Kelsey is a Ph.D. student in the Biological and Biomedical Sciences program at Harvard Medical School.