Regarding mutation and disease, DNA has always been subject to mutations and accidental changes in its code and thus may lead to missing or malformed proteins, and finally cause serious illnesses.

Humans may have started out their lives with different kinds of mutation and disease. Mutational changes can be conveniently classified into two sorts: those that appear to involve single genes and are generally referred to as gene mutations, and those that involve chromosomal segments containing many genes, or even whole chromosomes, and are called chromosomal mutations. Both of these kinds of mutations occur in germ-cell lineages and contribute considerably to inherited disease, or pre-disposition to disease. Furthermore, both mutations occur in somatic cells and contribute to acquired disease. However, those mutations inherited from parents are named germ-line mutations. Also, you can acquire mutations during your lifetime. Some mutations happen during cell division, when DNA gets duplicated. Still other mutations are created when DNA gets damaged by environmental factors, including UV radiation, chemicals, and viruses.

What type of error can occur?

The most common type of error to occur is when a single base is substituted for another.  Occasionally, a base may be deleted, or an extra base may be added or changed.  Regardless of the error, most cells usually repair any accidental changes, but errors that are not corrected in cells that become an egg or sperm will be passed on to any offspring.

The DNA sequence of a gene can be changed in several different ways, including:

One base pair is changed and the type of amino acid that is produced is different. 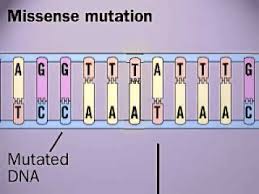 One base pair is changed which causes the cell to stop building a protein where the error has occurred.  This results in a shortened protein that may not function correctly, if at all. 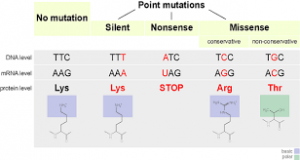 When one or more bases are added into a region of DNA. 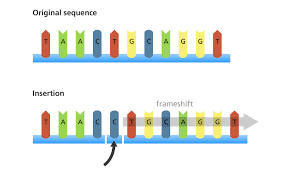 One or more bases may be removed from a sequence of DNA. 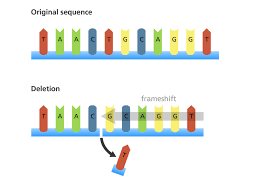 Each strand of DNA is made of sequences of bases which are “read” in groups of threes, called codons.  Each codon produces one amino acid.  The deletion or addition of one or more DNA bases can change the way in which a gene is “read”, shifting the reading frame along and resulting in a faulty protein. 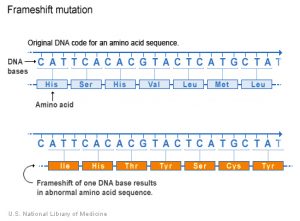 Just one base is changed in a DNA sequence – this may be silent, missense or nonsense. 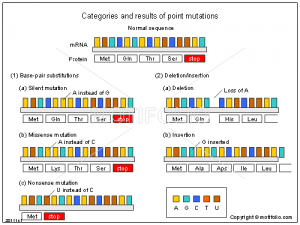 A change that occurs still produces the same amino acid as before and has no impact on the protein produced.

A change to a number of bases that causes a gene to be incorrectly copied into mRNA during transcription. 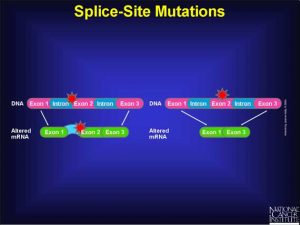 Part of a chromosome that reattaches in the wrong place. 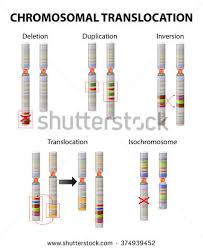 Is a mutation always bad?

Not all sections of DNA code for a gene. Actually, most changes to DNA often occur in the vast areas of DNA between genes, and so have no effect. Changes to areas that code for genes can sometimes mean that proteins are not made correctly and instead are produced in the wrong quantitates or not made at all. When a mutation does occur in the areas which produce proteins, it is probable to simply cause a different version of the gene resulting in a different characteristic, which is neither good nor bad (i.e. different hair color or ear length). It is unusual for these changes to be serious or result in death or disease, but it can occur.

Thus, a few of different kinds of mutations are bad for you and some mutations can be beneficial. Over time, genetic mutations create genetic diversity, which keeps populations healthy. Many mutations have no effect at all. These are called silent mutations.

Moreover, most of inherited genetic diseases are recessive, which means that a person must inherit two copies of the mutated gene to inherit a disorder. This is one of the reasons that marriage between close relatives is discouraged; two genetically similar adults are more likely to give a child two copies of a defective gene.

On the other hand, diseases caused by just one copy of a defective gene, such as Huntington’s disease, are rare. Thanks to natural selection, these dominant genetic diseases tend to get weeded out of populations over time, because afflicted carriers are more likely to die before reproducing.

According to scientists’ estimations, every individual has between 5 and 10 potentially deadly mutations in his genes-the good news is that because there’s usually only one copy of the bad gene, these diseases don’t manifest.

Cancer as one of the serious diseases usually results from a series of mutations within a single cell. Often, a faulty, damaged, or missing p53 gene is to blame. The p53 gene makes a protein that stops mutated cells from dividing. Without this protein, cells divide unchecked and become tumors.

The effect of age on mutation

Other Causes of Mutation and disease

Furthermore, studies in experimental animals demonstrate that exposure to physical or chemical mutagens increase the incidence of inherited gene and chromosomal mutations. Though, such increases have not been unequivocally demonstrated in human populations exposed to known mutagens, studies on mutation in human lymphoid or epithelial somatic cells clearly show an increased frequency in cells taken from people exposed to ionizing radiations or chemical mutagens or in cells exposed in vitro. The consequences of such mutations will depend upon their nature and the origins and functions of the cells in which they occur. Of particular importance are mutations influencing cell growth and proliferation, and both gene and chromosomal mutations are implicated as causal factors in the development of human cancers.

Researchers has shown new background in genetic processes that one day conduce to development of therapies that can tell us “how our cells age?” or “how can we slow and reverse age?”

This study lead by the university of Exeter medical school has understood certain genes set repairing factors (we have a group of proteins in our body that direct our genes how to work in cells) that performs an important role in the aging processes. Also the researching team realized that disordering genetic processes could reverses indications of aging in cell.

The study published in FASEB Journal and one group of researchers led in human cells in labs. Aged cells are a driver of the aging process and other groups of researchers have revealed that if we removed cells in animal sample, many properties about aging in cells can be reformed. the team has realized about stopping the activity of the paths ERK and AKT that these are a communicate signals from outside the cell and the signals decrease number of aging cells in culture plates in lab. So that exeter researchers found two genes has a same effect from activity in cell which two genes controlled by these paths (FOX01 and ETV6).

Professor lorna harries one of the authors in the study and he led this study, said:

We are really excited by the discovery that disrupting targeted genetic processes can bring about at least a partial reversal of key elements of the aging process in human cell. This suggest that they could be an important aspect in designing therapies that could keep us healthier as we age. Our ultimate goal is to help people avoid some of these partially caused by aging cell such as dementia and cancer.

The ERK and AKT roads are repeatedly acted all over life. We can define aging processes with DNA damage and the persistent inflammation of aging. The researches shows that this activations can be barrier in the activity of factors which these activation direct genes how to act. This changes could direct making aging cells. these changes have stopped and destroyed whenever they age.

The study used inhibitor which are already used cancer medicine or drugs in infirmaries. The team saw communications between protein and genes when the paths were destroyed.

Researchers insinuated a declining in the number of aging cells. Researchers in the university saw a eversion of many properties aging cells that the features have been linked to the aging process causing to a rejuvenation of cells.

Dr eva latorre of the university of Exeter medical school who unperformed the study, said:

This study a part of a fast evolving body of work into how we age. We used compounds that are already widely available in clinics for cancer and are known to be relatively safe. It’s still early days and we need to understand far more about the complex relationships of how our cells and genetic process influence aging, yet it’s an exciting contribution to how we may one day be able to influence healthier aging.