Genetic testing has potential benefits whether the results are positive or negative for a gene mutation. In other words, the results of these tests can confirm or rule out a suspected genetic condition or help determine a person’s chance of developing or passing on a genetic disorder.

Several methods can be used for genetic testing: 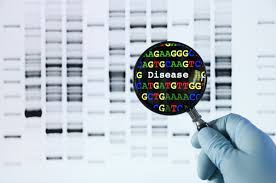 Moreover, genetic tests can serve different purposes that include:

Predictive testing clarifies the genetic status of an asymptomatic family member at risk for a genetic disorder. Predictive testing always requires that the specific disease-causing mutation first be identified in an affected family member. Predictive testing consists of 2 types: pre-symptomatic and pre-dispositional. Pre-symptomatic testing refers to a genetic test performed on a person who has a family history but has no symptoms of a specific disorder at the time of testing. For instance, Huntington’s disease is a presymptomatic testing in which the gene mutation is present in a healthy individual, symptoms surely occur if the person lives long enough.

Carrier testing identifies individuals who have a gene mutation for a disorder inherited in an autosomal recessive or X-linked recessive manner.

Prenatal testing determines the genetic status of a pregnancy at risk for a genetic disorder. Risk factors for certain genetic conditions include advanced maternal age, family history, ethnicity, or an abnormal prenatal sonogram.

Preimplantation testing selects early embryos for implantation that have been conceived by in vitro fertilization. Such testing performed at specialized centers determines whether the embryos are free of a particular genetic condition and provides an alternative to prenatal diagnosis and termination of pregnancy.

On the whole, genetic testing has benefits as well as limitations and risks. So, genetic testing is voluntary and people can get help from a geneticist or genetic counselor about the pros and cons of the test and different aspects of testing.