The Power of Stem Cells

You are here:
Stem Cells 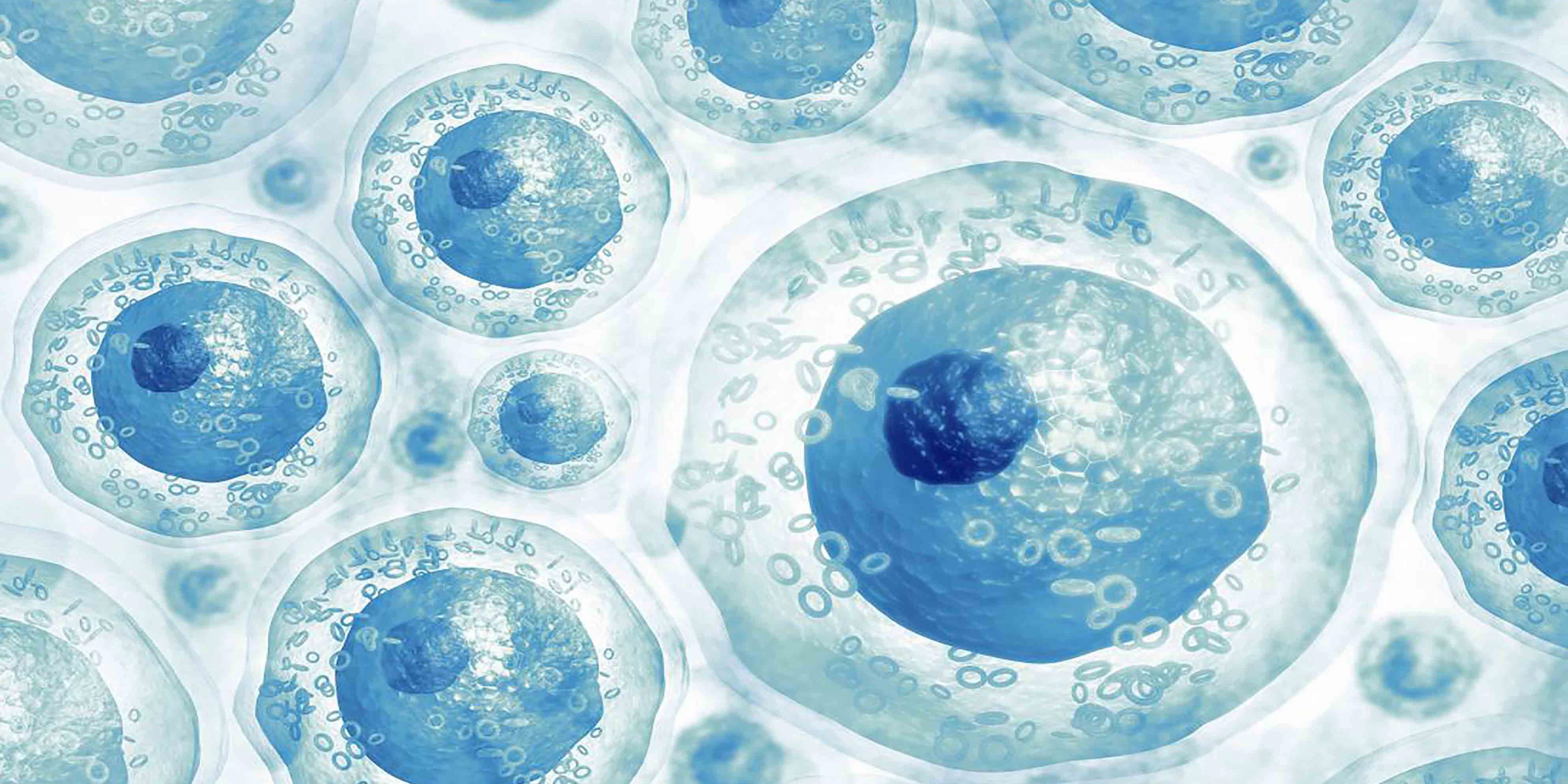 Stem cells have the potential to treat a wide range of diseases. Here, discover why these cells are such a powerful tool for treating disease—and what hurdles experts face before new therapies reach patients.

When most people think about about stem cells treating disease they think of a stem cell transplant.

In a stem cell transplant, embryonic stem cells are first specialized into the necessary adult cell type. Then, those mature cells replace tissue that is damaged by disease or injury. This type of treatment could be used to:

But embryonic stem cell-based therapies can do much more.

Any of these would have a significant impact on human health without transplanting a single cell.

In theory, there’s no limit to the types of diseases that could be treated with stem cell research. Given that researchers may be able to study all cell types via embryonic stem cells, they have the potential to make breakthroughs in any disease.

CIRM has created disease pages for many of the major diseases being targeted by stem cell scientists. You can find those disease pages here. You can also sort our complete list of CIRM awards to see what we’ve funded in different disease areas.

Which Methods of Cell Therapy are Available Right Now?

Many clinical trials for embryonic stem cell-based therapies have begun in recent years. Results from those won’t be available until the trials reveal that the therapies are safe and effective—which could take a few years.

While ten cell therapies have been approved around the world as of January 2016, the only widely used stem cell-based therapy is bone marrow transplantation. Blood-forming stem cells in the bone marrow were the first stem cells to be identified and were the first to be used in the clinic. This life-saving technique has helped thousands people worldwide who had been suffering from blood cancers, such as leukemia.

In addition to their current use in cancer treatments, research suggests that bone marrow transplants will be useful in treating autoimmune diseases and in helping people tolerate transplanted organs. Other therapies based on adult stem cells are currently in clinical trials. Until those trials are complete we won’t know which type of stem cell is most effective in treating different diseases.

There is no way to predict when the first human embryonic stem cell therapies will become widely available. Several applications with the FDA to begin human trials of embryonic stem cell-based therapies have been approved. In general, the path from the first human trial to widespread use is on the order of a decade. That long time frame is a result of the many steps a therapy must go through in order to show that it is both safe and effective. Only once those steps are complete will the FDA approve the therapy for general use.

If embryonic stem cells follow a normal path it could still be many years before therapies based on embryonic stem cells are widely available. However, if researchers gave up on therapies simply because the path towards FDA approval is long, we would not have any of the lifesaving technologies that are now commonplace: recombinant insulin, bone marrow transplantation or chemotherapy drugs.

Many overseas clinics advertise miraculous stem cell therapies for a wide range of incurable diseases. This phenomenon is called stem cell tourism and is currently a source of concern for reputable stem cell scientists. International (and even domestic) clinics are offering up therapies that have not been tested for safety or even for effectiveness. In the past few years, some patients who visited those clinics have died as a result of receiving unproven, untested stem cells.

Why Create new Stem Cell does it take so long?

Embryonic stem cells hold the potential to treat a wide range of diseases. However, the path from the lab to the clinic is a long one. Before testing those cells in a human disease, researchers must grow the right cell type, find a way to test those cells, and make sure the cells are safe in animals before moving to human trials.

One of the biggest hurdles in any embryonic stem cell-based therapy is coaxing stem cell to become a single the cell type. The vital process of maturing stem cells from a pluripotent state to an adult tissue type is called differentiation.

Guiding embryonic stem cells to become a particular cell type has been fraught with difficulty. Normally, stem cells growing in a developing embryo receive a carefully choreographed series of signals from the surrounding tissue. In a lab dish, researchers have to mimic those signals. Add the signals in the wrong order or the wrong dose and the developing cells may choose to remain immature—or become the wrong cell type. Many decades of research has uncovered many of the signals needed to properly differentiate cells. Other signals are still unknown. Many CIRM-funded researchers are attempting to differentiate very pure populations of mature cell types that can accelerate therapies.

Once a researcher has a mature cell type in a lab dish, the next step is to find out whether those cells can function in the body. For example, embryonic stem cells that have matured into insulin-producing cells in the lab are only useful if they continue producing insulin once transplanted inside a body. Likewise, researchers need to know that the cells can integrate into the surrounding tissue.

Scientists test cells by first developing an animal model that mimics the human disease, and then implanting the cells to see if they help treat the disease. These types of experiments can be painstaking—because even if the cells don’t completely cure the disease, they may restore some functions that would still be of enormous benefit to people. Researchers have to examine each of these possible outcomes.

In many cases testing the cells in a single animal model doesn’t provide enough information. Most animal models of disease don’t perfectly mimic the human disease. For example, a mouse carrying the same mutation that causes cystic fibrosis in humans doesn’t show the same signs as a person with the disease. So, a stem cell therapy that treats this mouse model of cystic fibrosis may not work in humans. That’s why researchers often need to test the cells in more than one animal model.

Stem Cell Therapies and Increasing the Chances of a Tumor

The promise of embryonic stem cells is that they can form any type of cell in the body. The trouble is that when implanted into an animal they do just that, in the form of tumors called teratomas. These tumors consist of a mass of many cells types and can include hair cells and many other tissues.

These teratomas are one reason why it is necessary to mature the embryonic stem cells into highly purified adult cell types before implanting into humans. Virtually all evidence has shown that the mature cells are restricted to their one identity and don’t appear to revert to a teratoma-forming cell.

If Stem Cells are Rejected by Immune System?

The likelihood of the immune system rejecting a transplant of embryonic stem cell-based tissue depends on the origin of that tissue. Stem cells isolated from IVF embryos will have a genetic makeup that will not match that of the person who receives the transplant. That person’s immune system will recognize those cells as foreign and reject the tissue unless a person is on powerful immune suppressive drugs.

Stem cells generated through SCNT or iPS cell technology, on the other hand, are a perfect genetic match. The immune system would likely overlook that transplanted cells, seeing it as a normal part of the body. Still, some suggest that even if the cells are perfectly matched, they may not entirely escape the notice of the immune system. Cancer cells, for example, have the same genetic make up as surrounding tissue and yet the immune system will often identify and destroy early tumors. Until more information is available from animal studies it will be hard to know whether transplanted patient-specific cells are likely to call the attention of the immune system.

In order to be approved by the FDA for use in human trials, stem cells must be grown in good manufacturing practice (GMP) conditions. Under GMP standards, a cell line has to be manufactured so that each group of cells is grown in an identical, repeatable, sterile environment. This ensures that each batch of cells has the same properties, and each person getting a stem cell therapy gets an equivalent treatment. Although the FDA hasn’t yet issued guidelines for how pluripotent stem cells need to meet GMP standards, achieving this level of consistency could mean knowing the exact identity and quantity of every component involved in growing the cells.